Words and Photos by: Mike Ginsca

The sedan is not dead yet. Despite the influx of crossovers and SUVs, sedans are still relatively popular among buyers. Hyundai is trying to attract buyers with refreshed styling, feature rich interior, and a relatively low price with the refreshed 2018 Hyundai Sonata. 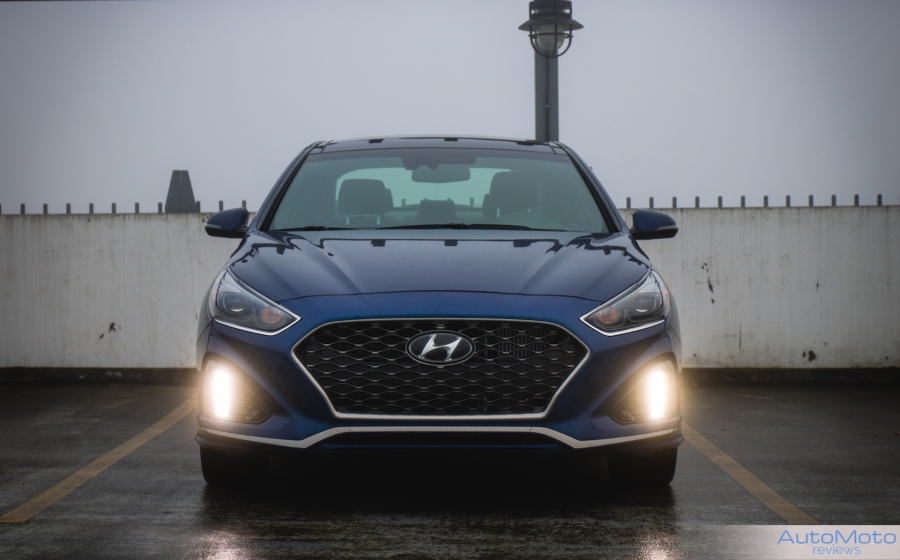 The turbocharged 2.0L engine in this Sport model has to be one of the smoothest 4 cylinder engines on the market right now. In its most “useable” rpm range (idle to approx. 3,000 rpm), it’s hard to tell that the engine is even on because it’s so smooth and quiet. Compared to other cars in this class, the engine is lacking in power. At 245 hp and 260 lb-ft of torque, it’s enough for most buyers but Honda and Toyota offer more powerful top trim engines. 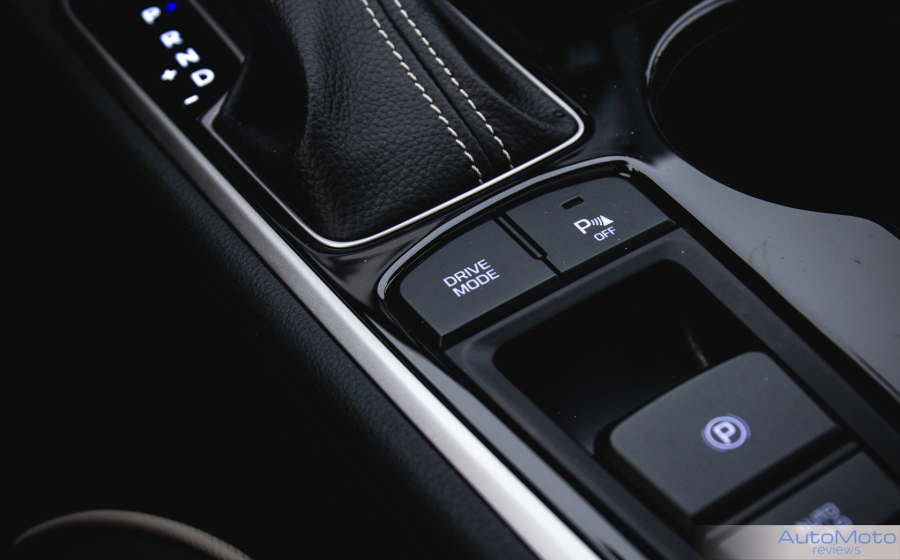 The 2.0L engine gets paired with an 8-speed dual clutch automatic. Just like other dual clutch transmissions, the one in this is very quick and changing between the gears and smooth. The only problem with this transmission is the programming that always tries to get it into 8th gear for fuel efficiency. When cruising at a constant speed it’s fine but when wanting to overtake a vehicle, it will always downshift by one or two gears which has a split second delay. 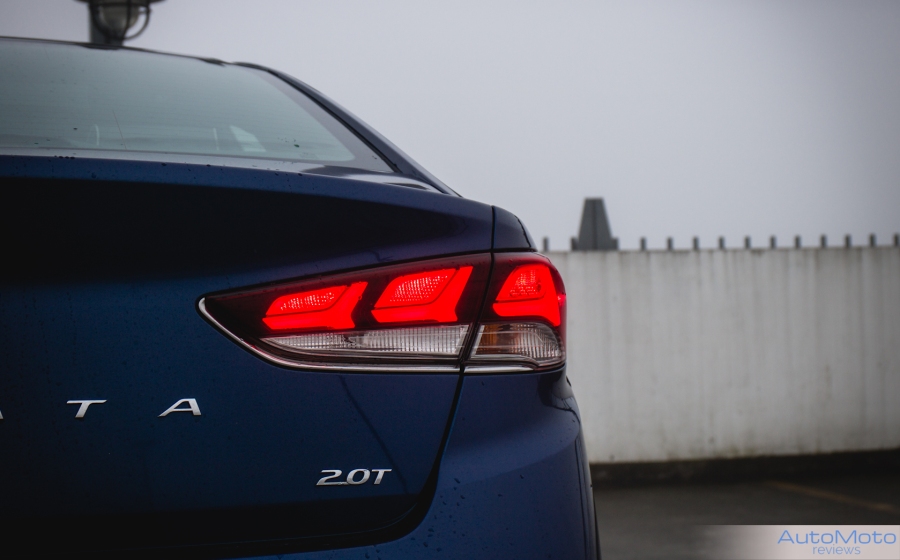 The brakes on the Hyundai Sonata are good for this size of car. They’re easy to modulate and provide a firm pedal feel.

Although this car has the word “Sport” in its title, it’s driving demeanor is anything but. It doesn’t feel like a land yacht but it also doesn’t feel like a true sports sedan like the Mazda 6. It’s in between. The suspension is soft enough to allow for some body roll around corners but not excessively. The steering is precise but lacking in feeling and in Sport mode it does feel heavier but also artificial. 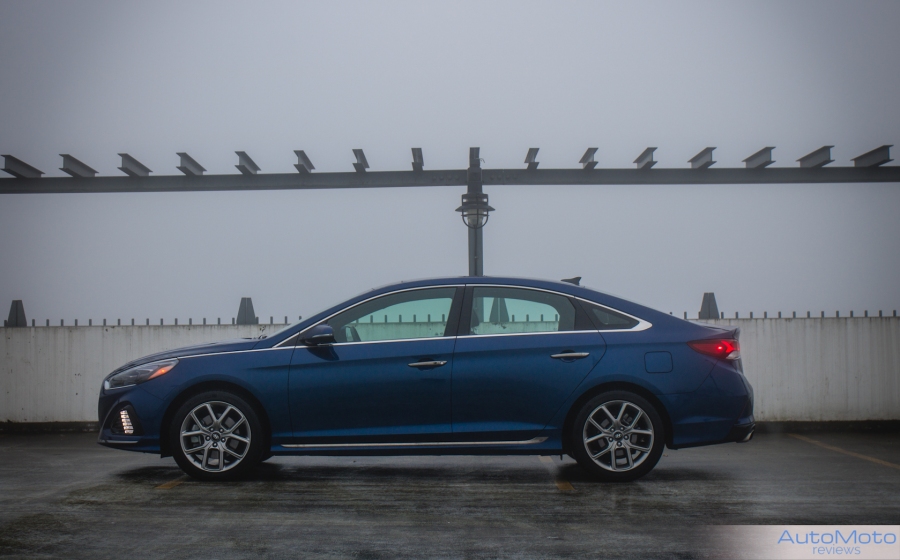 The Sonata feels composed over rough roads and bumps. The ride is not too jarring but nor is it too floaty. It soaks up small bumps and small road imperfections with ease but larger bumps can definitely be felt. The front seats are a tiny bit on the firm side however long trips won’t feel too tiring because of them. Rear occupants have the comfort of heated seats during cold winter days but headroom for taller passengers is a little on the tight side. 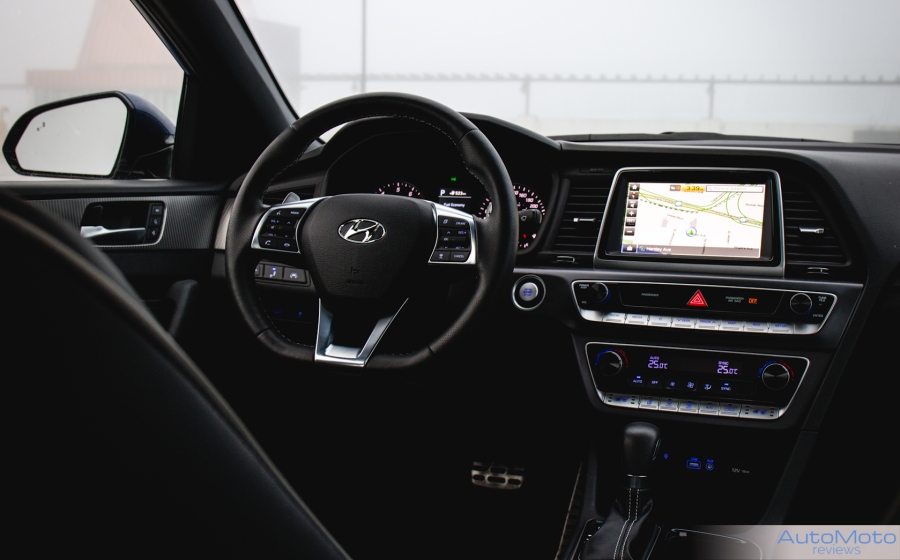 As far as $37,000 CAD sedans go, the Hyundai Sonata is quiet, smooth, and feels really well refined. Under normal driving conditions, the engine noise is minimal as is road and wind noise on a highway. The trim panels don’t squeak over rough roads and as mentioned before, the suspension soaks up most bumps very well. 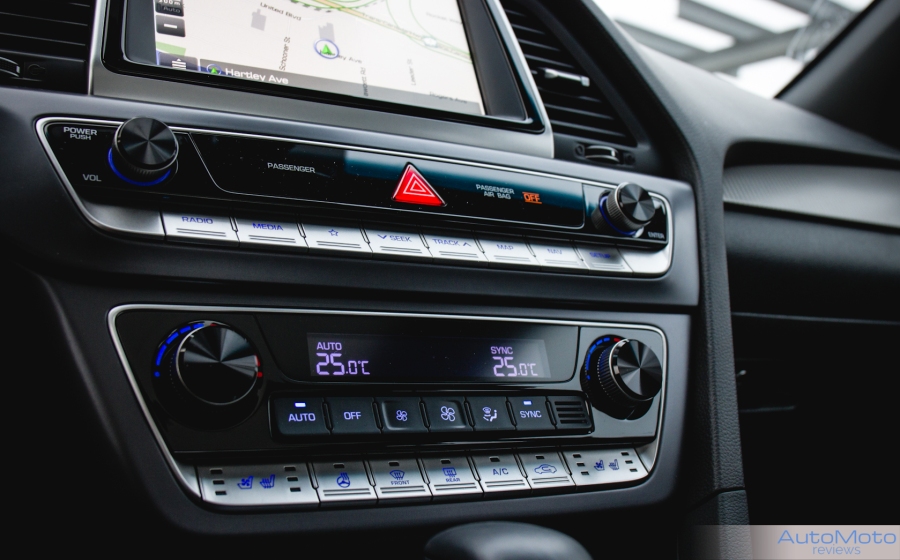 The 8” infotainment screen is the predominant feature on the dashboard while the plethora of buttons below it may seem like a clutter when first stepping inside, you quickly discover that they are well placed for quickly adjusting the climate control or the radio. The panoramic sunroof is a tiny bit smaller than on older model year Sonatas (less weight for improved fuel efficiency) but it still allows for far more light in the cabin than a regularly sized sunroof. 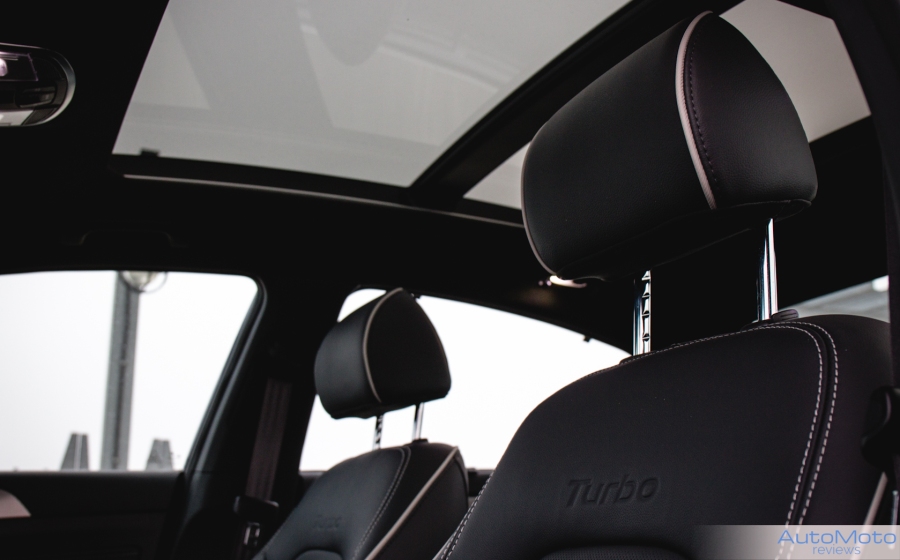 At $37,000 CAD, the 2018 Hyundai Sonata comes equipped with features that are found on cars costing $10,000 more. The base Sonata has standard heated front seats, blind spot warning, lane departure warning, and Apple CarPlay and Android Auto. Moving up the packages adds more and more features until you reach this 2.0L Sport. It is fully loaded with navigation, panoramic sunroof, adaptive cruise control, LED headlights with adaptive cornering, Autonomous emergency braking, heated seats in the back, heated steering wheel, ventilated front seats, and a backup camera. Really the only gadgets that are missing are a heads-up display and a 360 vision camera system. 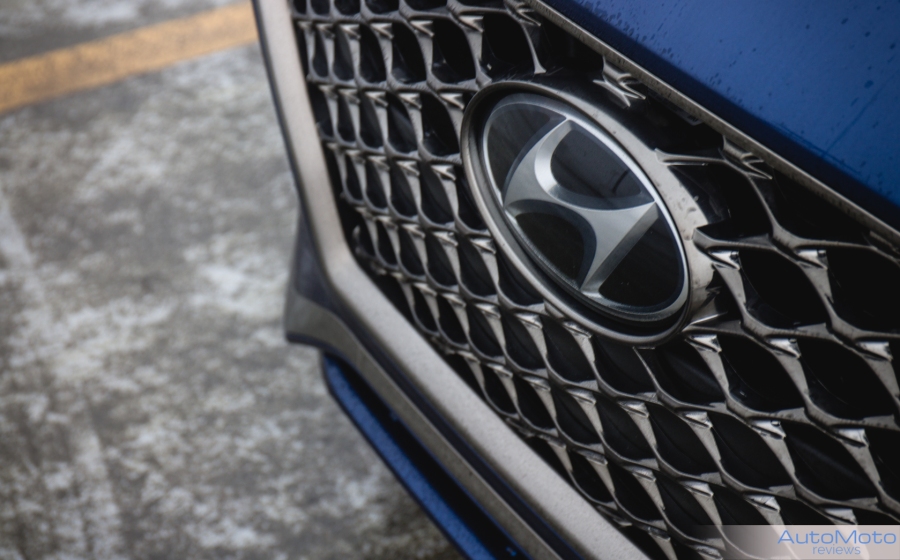 The 2018 Sonata seems to take some inspiration from the Genesis G80 as it has the same big, gaping grille. I personally don’t like it but beauty is in the eye of the beholder. It also has a fairly long hood which is mainly due to pedestrian protection and also a larger crumple zone in the event of a crash as the engine is quite close to the firewall. Overall the 2018 Hyundai Sonata has a unique style that definitely stands out in a parking lot so long as you back in to every parking stall.

For a $37,000 CAD sedan, the 2018 Hyundai Sonata offers a lot tech that most people want along with an acceptable amount of power and refinement.

Thank you to Hyundai Canada for providing the vehicle. 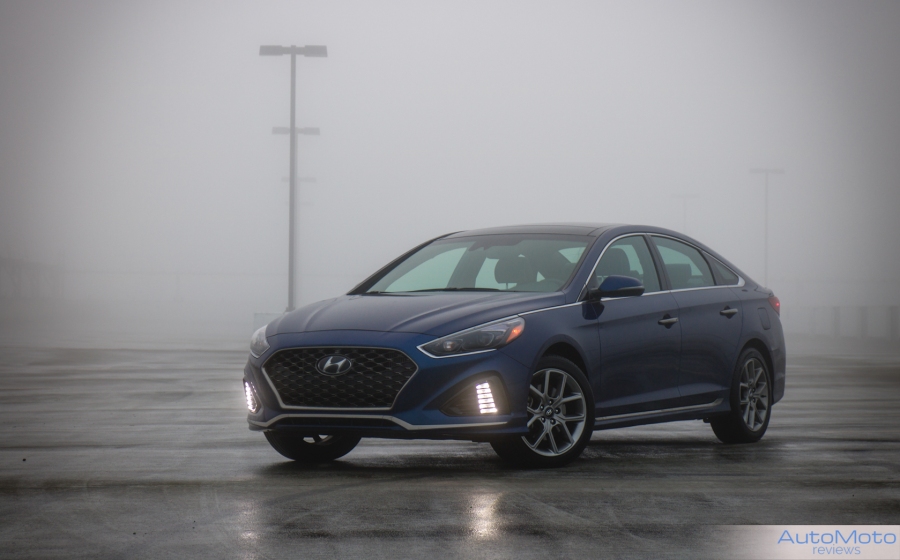 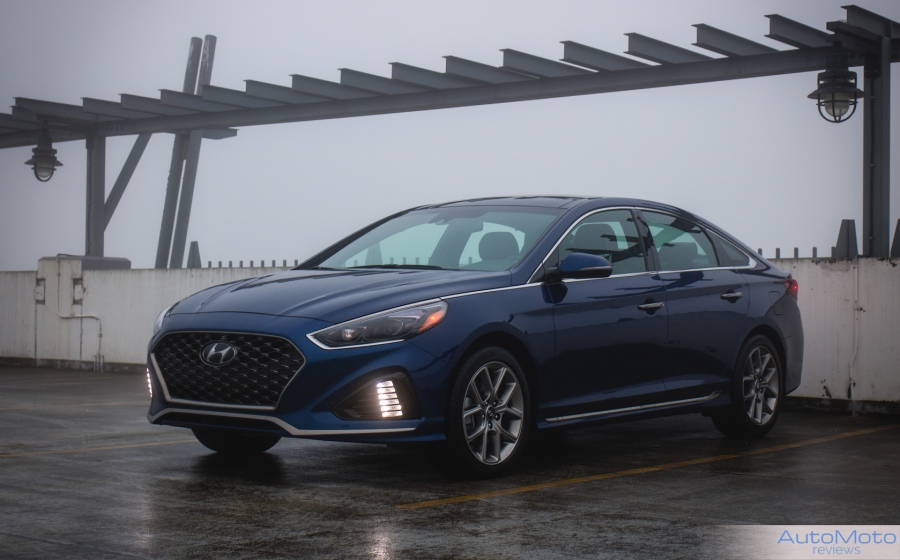 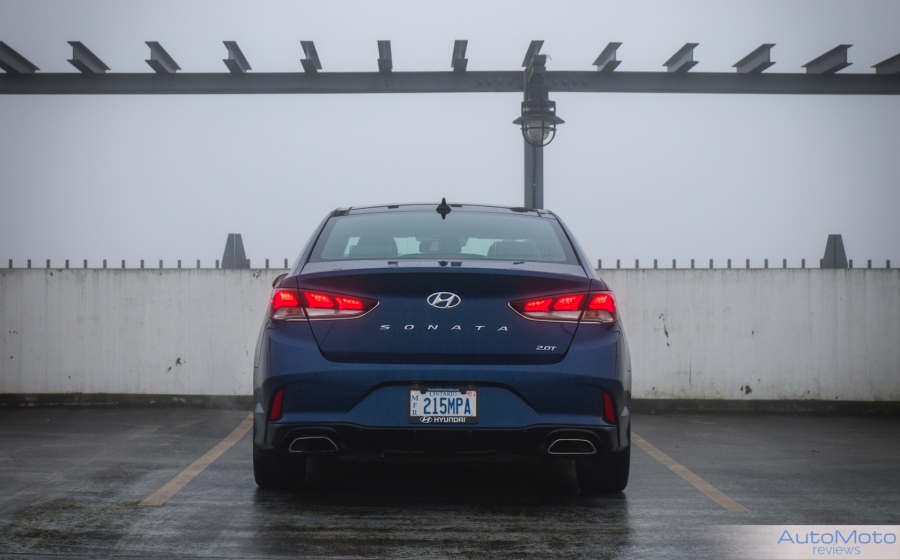 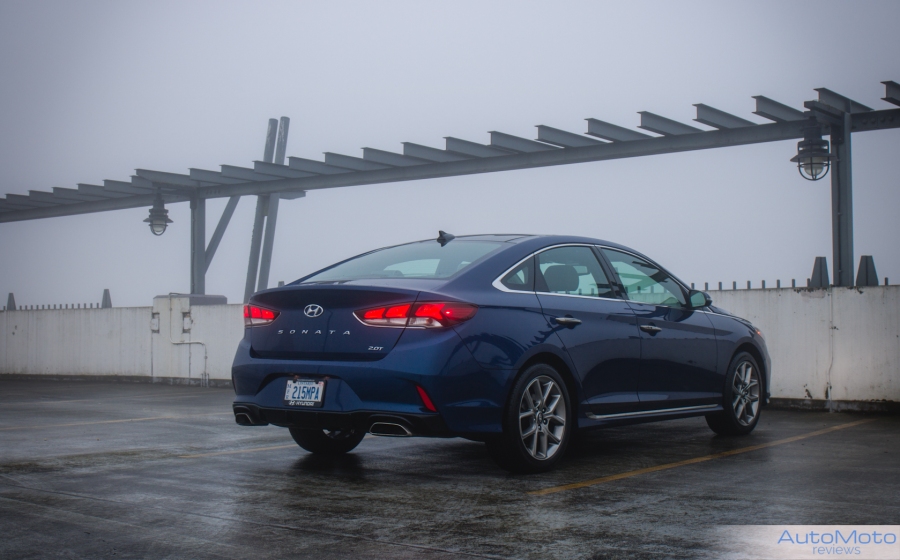 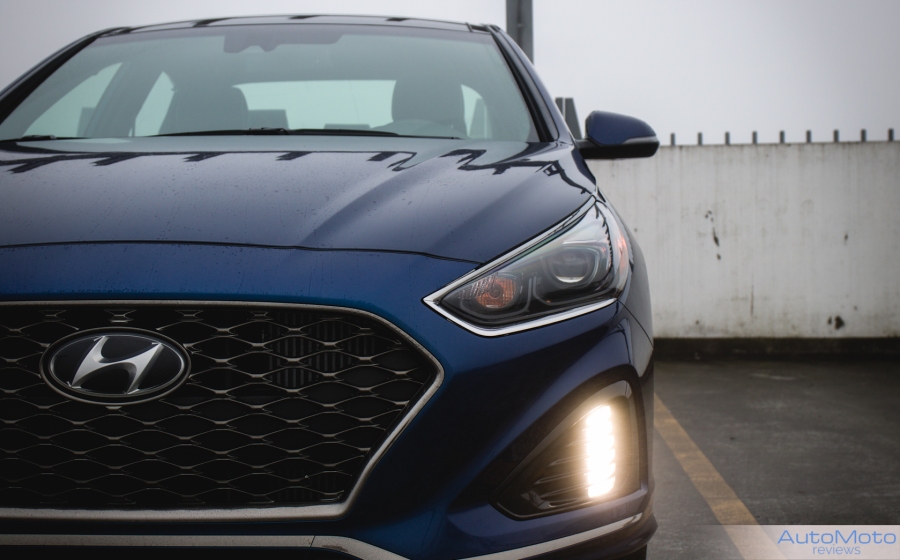 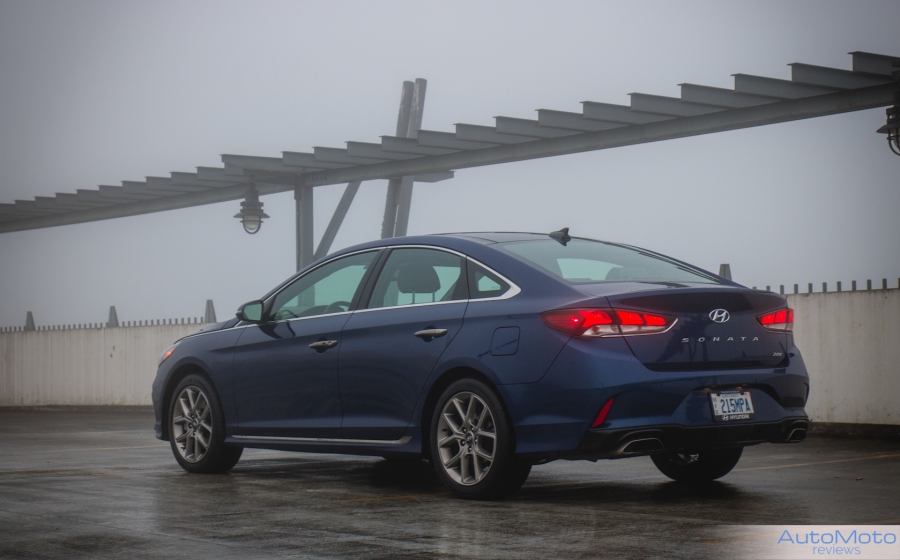 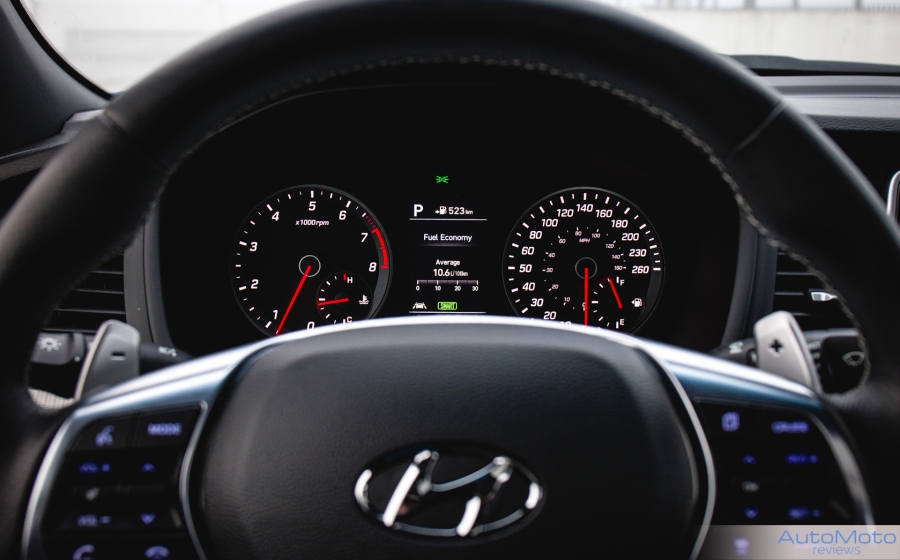 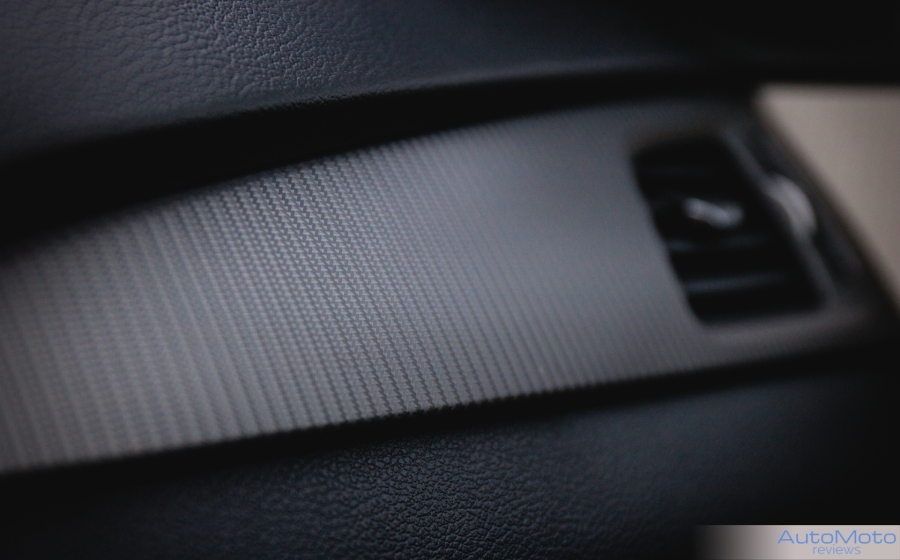 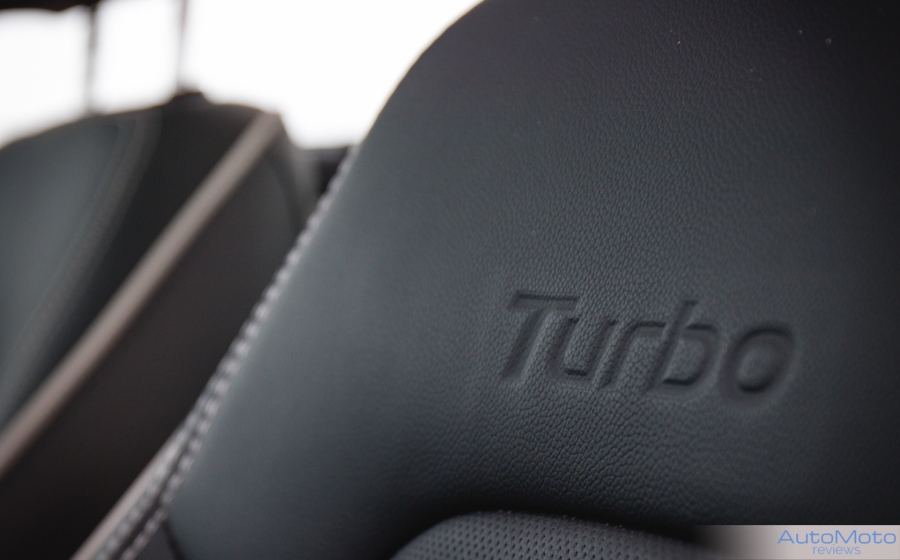