Us automotive enthusiasts are a weird bunch when we see something we like. We stop and stare. We question. We admire. For the Mazda 3, there’s plenty to see. Unlike the Kodo design of the past, where you would find creases and sharp edges. Think of the Mazda 5, the brand new 3 is smooth and fluid. The side of the vehicle mimics that of calm waves with flowing lines that stretch from the front all the way to the back.

Something that must be said, Mazda has paid attention to the details the front headlights are remarkable. The accents and floating reflector is next level, same with the taillights, they look like they are out of the concept car.

Speaking of the concept car, the 3 is loosely based on the kai concept. If you compare the two, yes, there are obvious things that had to go away to make it into production, but what’s surprising is how much of it remains. The most controversial part of the 3 is the C pillar, from the rear 3/4 view this pillar is quite thick, and it does intrude on rear visibility, but the large mirrors and blind-spot monitoring does help.

Let’s take a look at the inside.

Here, it’s clear that Mazda has stepped up their interior. Lately, all Mazda products have great interiors. The leather is soft, and materials are high grade. The 3 goes and steps it up another notch. Some may say it’s similar to the quality found in luxury vehicles like Audi.

The dash is made from soft-touch plastic, which feels very high grade, and there’s also leather. This leather is supple and soft like the seats. Sitting in the driver seat, the dash is very driver-centric. The cluster, vents screens are all pointed at the driver. Let’s start with the cluster, unlike the old Mazda 3 where there’s a centre tach, the new cluster has a screen, which can show the vehicle’s speed, fuel consumption as well as safety systems.

The infotainment system is brand new, with an 8.8” widescreen it’s fast and very intuitive to use, gone is the touch screen but similar to the MMI system found in an Audi it utilizes a large rotary knob in the centre console. It does have Apple CarPlay and Android Auto, but what’s weird is Apple CarPlay fully uses the entire display, but android auto is centred. Backed by Bose, this 12 speaker sound system not only looks good it also sounds excellent.

Just below the infotainment is the vehicle’s climate control system. Once again, all-new for the 3 and it looks great. There are two rotary dials to control temperature and static buttons for everything else. Here you would also find the steering wheel as well as seat heater controls.

The seats are heated, but unlike some not cooled but they are superbly comfortable. It has small side bolsters, so it’s there to keep you in but not enough to become a Nunsense when getting out of the vehicle.

For the back seat passengers, there is some room for the head as well as legs, but when getting in, just mind your head. Due to the sloping roofline, the door opening is smaller than before. And for smaller children, they may not like the rear window too much as it is quite small.

Behind the seats, we find a sizeable trunk space 569 Litres, 3 less than last year, but its still large enough for day to day groceries.

On the road is where the 3 really shines. But it’s also another place where it’s controversial, the rear suspension is no longer a multi-link setup by instead a torsion beam setup. But is that a bad thing? I think not, they were able to save a bit of money here and move those funds elsewhere. The car still handles like a Mazda should, steering is accurate and responsive. The suspension is firm for that sporty ride but still compliant enough to soak up bumps on the road. Mazda engineers used something they call G-vectoring control plus, which improves handling by electronically measuring throttle and steering to produce a better ride.

Mazda has also included the suite of safety systems from collision mitigation braking to lane keep assist. There’s even a high-resolution rearview camera with cross-traffic alert.

Under the hood, we have the same 2.5L 4 cylinders as before with 186hp and 186lb-ft of torque. Paired with the 6-speed, it’s an fwd only, but if you opt for the auto, you can get it with all-wheel drive, a brand new option for the 3. With the manual shifts are direct and smooth, the clutch is easy to engage with a light pedal and easy to find actuation point. Later in the year, we will see the all-new sky active x engine with its compression ignition. In this configuration, it’s rated for 9.2 in the city and 6.6 on the highway. With cylinder deactivation, I was actually able to beat both of these numbers. Averaging 8.5 in the city and under 6 on the highway.

Prices start at 21,300 as tested it’s priced at $28,400  it’s priced a bit high as you can get a Focus ST or a GTI for a few thousand more but in the 3 you get better materials and equipment. 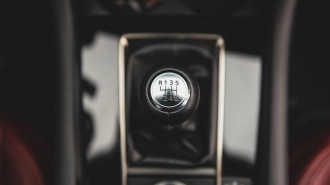 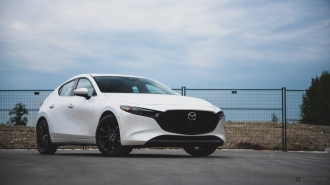 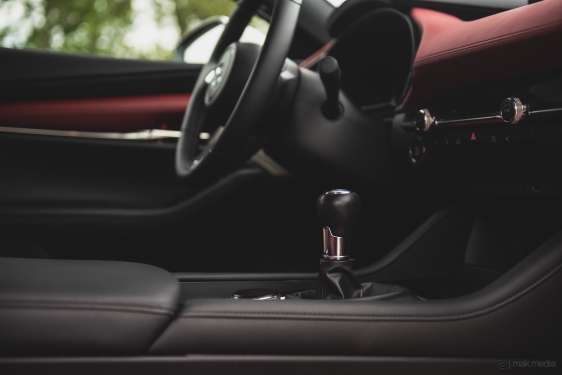 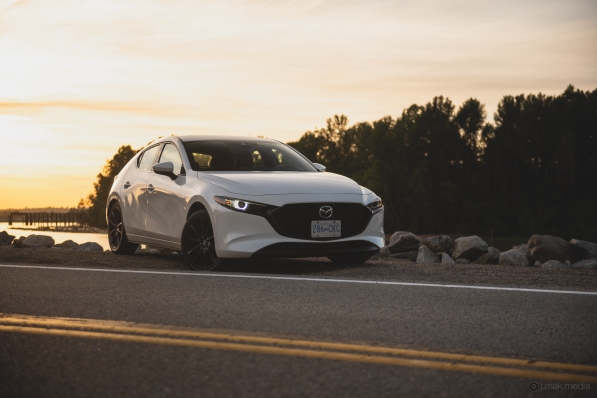 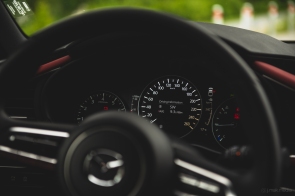 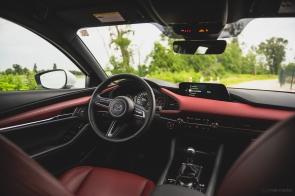 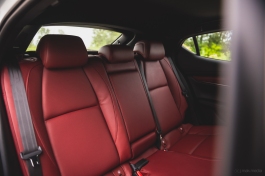 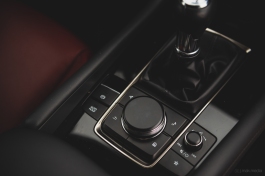 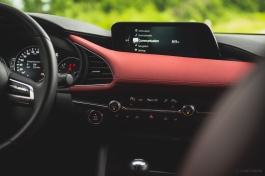 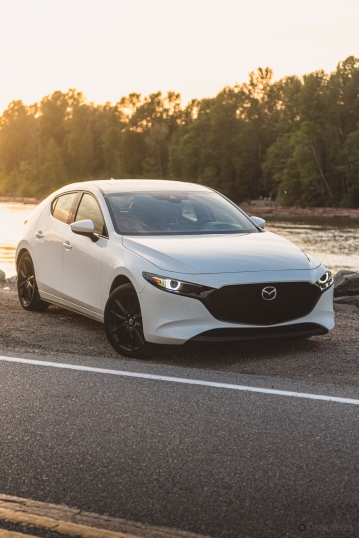 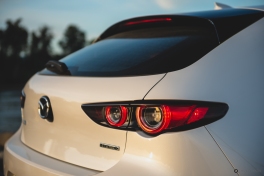 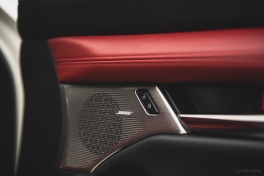 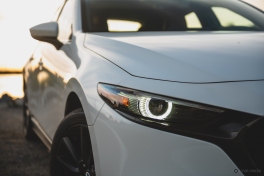 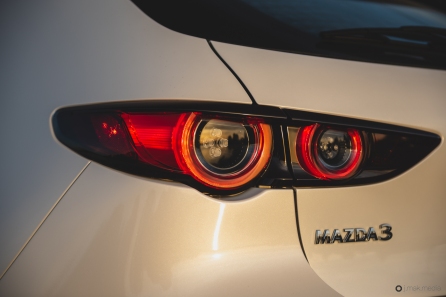 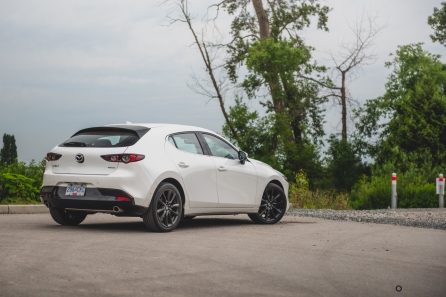 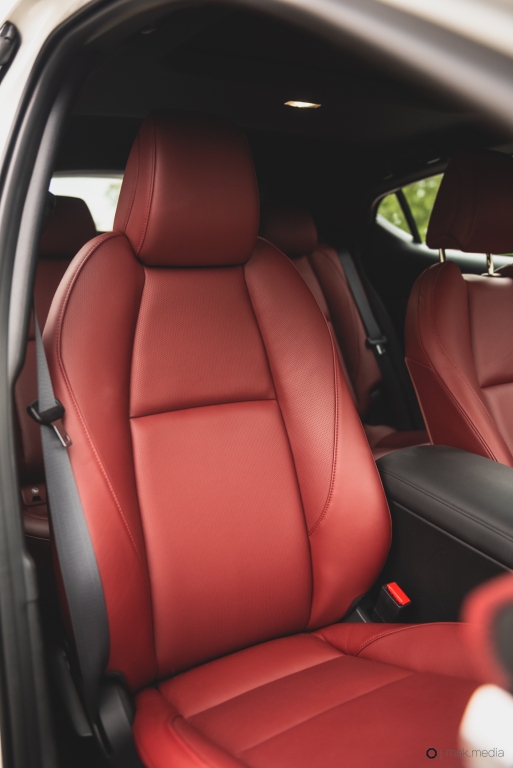 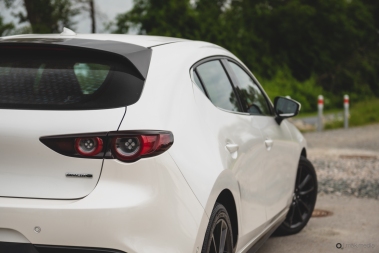 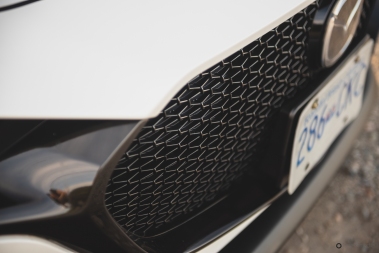 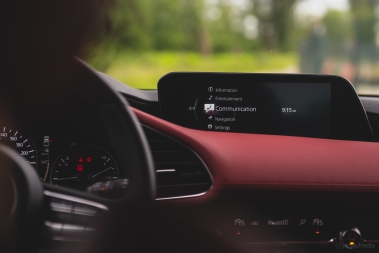 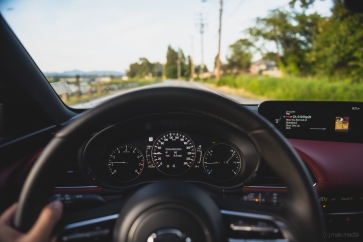 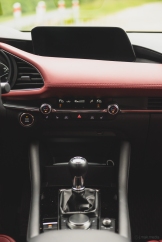 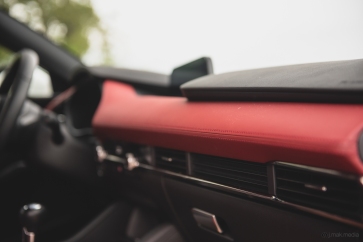