The Wrangler’s been around forever, and everytime Jeep comes up with a new model they have to be very careful. They don’t want to break the hearts of the die-hard fans of the past, but they still need to bring the Wrangler to the 21st century. For 2018 Jeep has executed this perfectly.

From the outside, the Wrangler looks basically the same as the previous. There are minimal changes which are sure to please the fans. But certain essential items make it stand out. Starting with the front end, the turn signals are now integrated into the fenders with LED daytime running lights. If you optioned for the LED package, you could get LED headlights and taillights that stands out even more. The Windshield is a bit more raked allowing the wrangler to be just a bit more aerodynamic, well as aerodynamic as a box could be. For the top, there are a few options. While the soft top is still available, and so is this the freedom top. There is a new addition that adds hard sides with a sliding portion in the centre to those who wants an easier way to achieve a fully open roofed Wrangler.

On the inside, everything has been updated to include features like an 8″ infotainment screen with Uconnect that features everything from Apple CarPlay to Android Auto, and it even has off-road apps to let the occupants know the truck’s vitals. Something that’s added that a lot of Wrangler owners will like is the addition of 4 AUX switches to power anything from lights to winches. Those of you who opt for the Rubicon package will be delighted to hear there is an easy switch on the console to not only disconnect the sway bars but to lock the front as well as rear differentials when the trails get tuff. 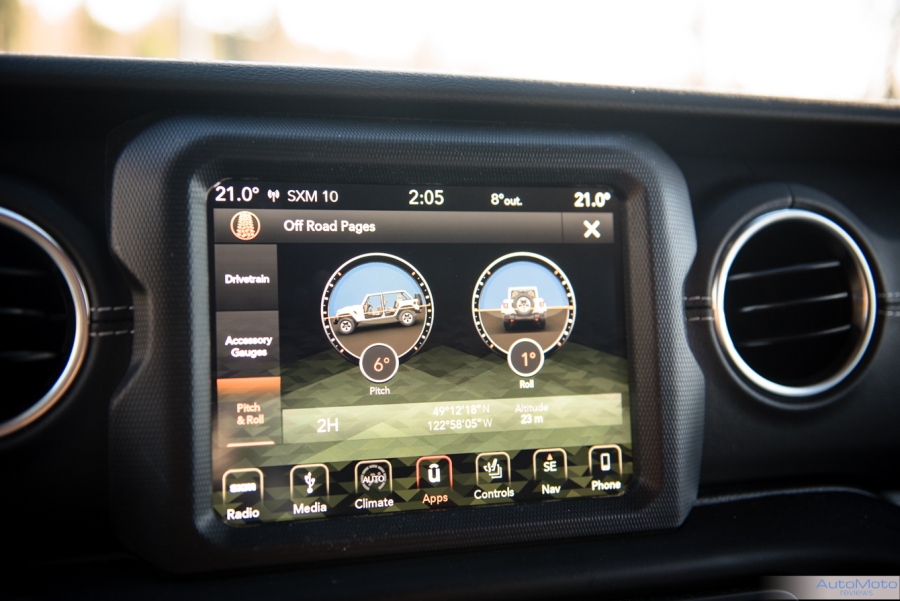 The Cluster itself is updated with a 7″ display in the centre showing the vehicle’s speed, and a whole whack load of information. No it’s not a fully active display like you’ll find in an Audi but it’s as up to date as you see in the rest of the FCA lineup. Honestly, it’s excellent and the best thing the interior is that it’s water resistant so if you had the top down and a sudden downpour was to happen there’s little to worry. 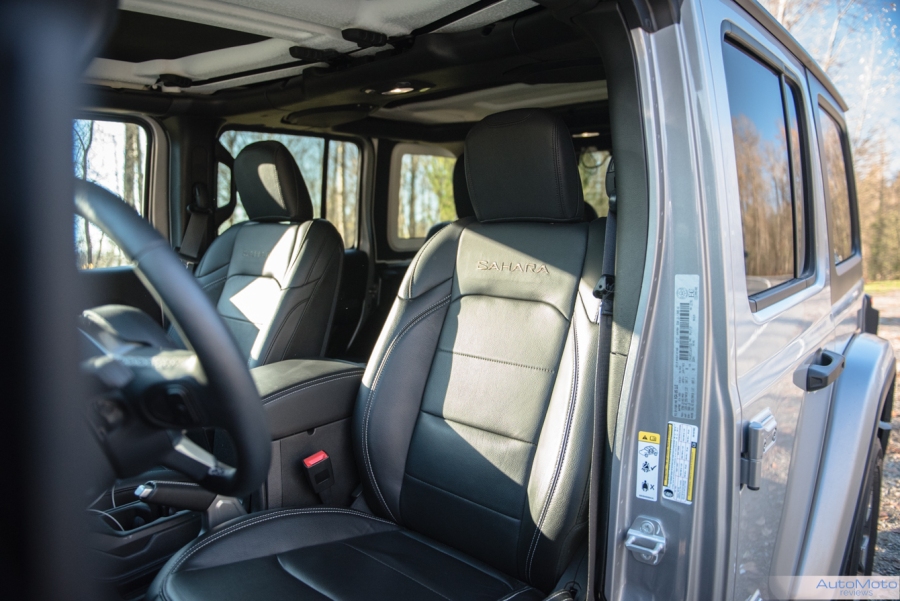 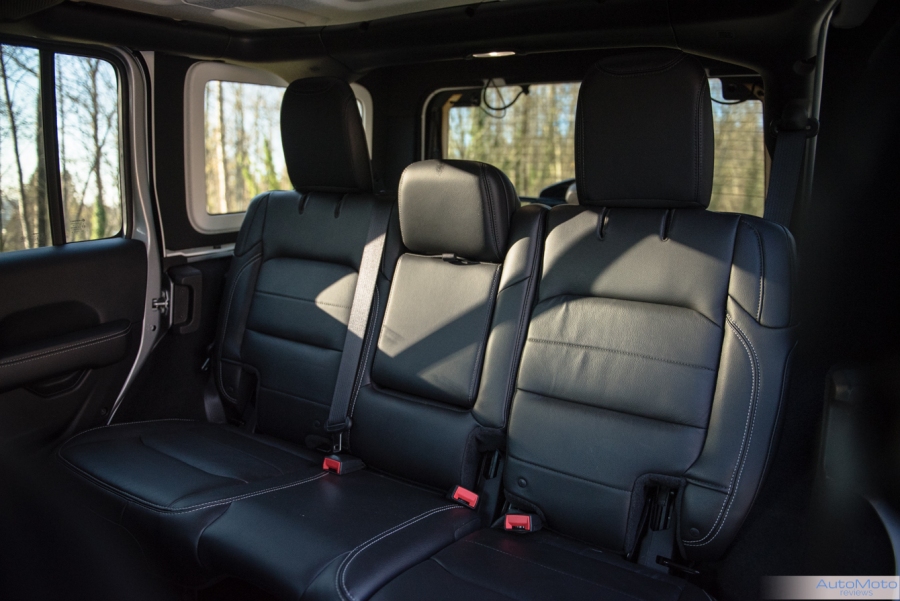 Comfort wise, the Wrangler’s seats are quite supportive. They’re even heated for maximum comfort during top-down weather. With the top in place, it’s relatively quiet in the cabin. On the highway with the blocky design, there’s a bit of wind noise around the pillars, but it’s less than that of previous generations. Speaking of the previous generation, the rear seats have been extended to have a bit more legroom and behind the rear seats. The trunk space has also been enlarged, making this the most spacious Wrangler yet. 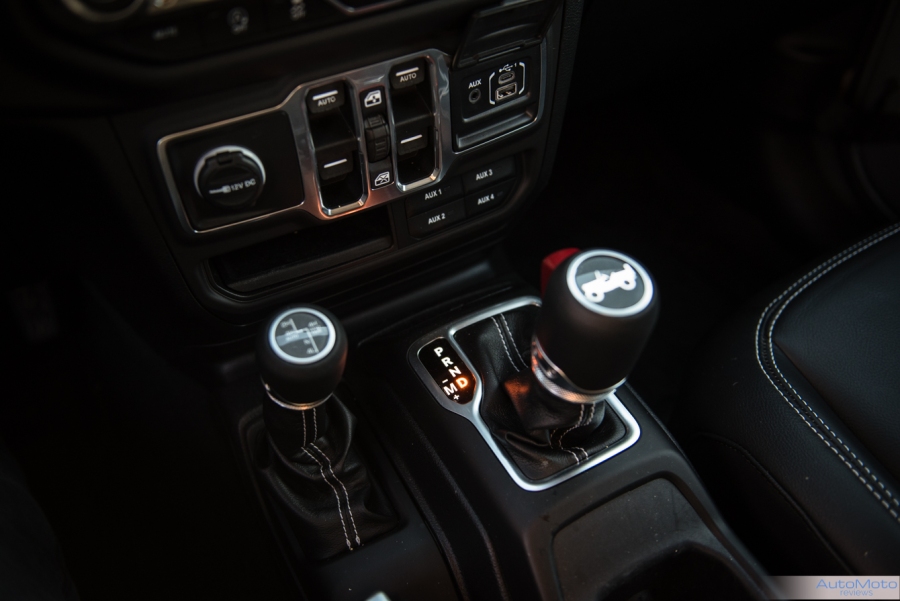 On the road, the Wrangler is better than ever before. Yea there’s still solid front and rear axles, but it still feels a lot like a truck. But the Wranglers of the past had always rolled, and the steering wasn’t direct there was just a feeling of disconnect. This feels different. Sure it’s not as direct as a sports car, but it’s certainly a lot better than before. Turns can be done with less roll, and body controls are kept in check. Overall within the cabin, it simply feels better with less vibration and harshness that can be found with the typical body on frame trucks.

Under the hood, the Wrangler is powered by the Pentastar 3.6L V6 with 285hp and 260lb-ft of torque. It’s more than adequate for everyday drives, but I feel like it’s missing just a bit more of that low-end torque. It’s not until 4800 rpm where the V6 delivers its peak twist making acceleration within traffic just a bit tougher. The new 8-speed that’s connected does make shifts nice and smooth and helps keeps the Wrangler within the powerband. For those who are willing to wait, there’s even a turbocharged 4 cylinder on the way for better fuel consumption and low-end torque. During the week the Wrangler returned a respectable 14L/100km in mostly stop and go city traffic. 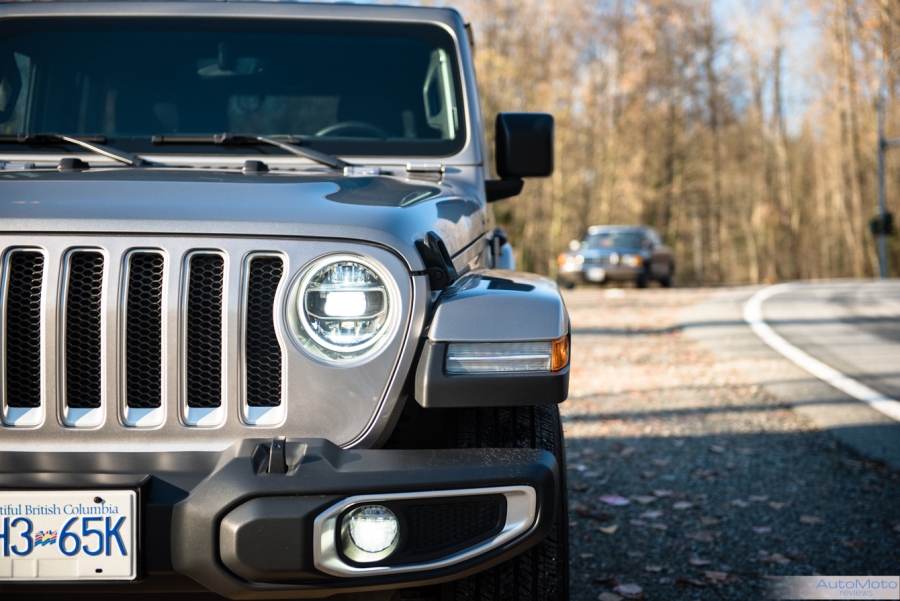 Overall the Wrangler has been dramatically improved, with better on-road and off-road capabilities than ever before. With the Sahara trim that we have here, it’s built for the road rather than the big and beefy K02s that the Rubicon trim gets standard. But no matter which trims you pick, the Wrangler is just as awesome then it has ever been. So it’s no doubt why it’s MotorTrend’s Best SUV of the year. 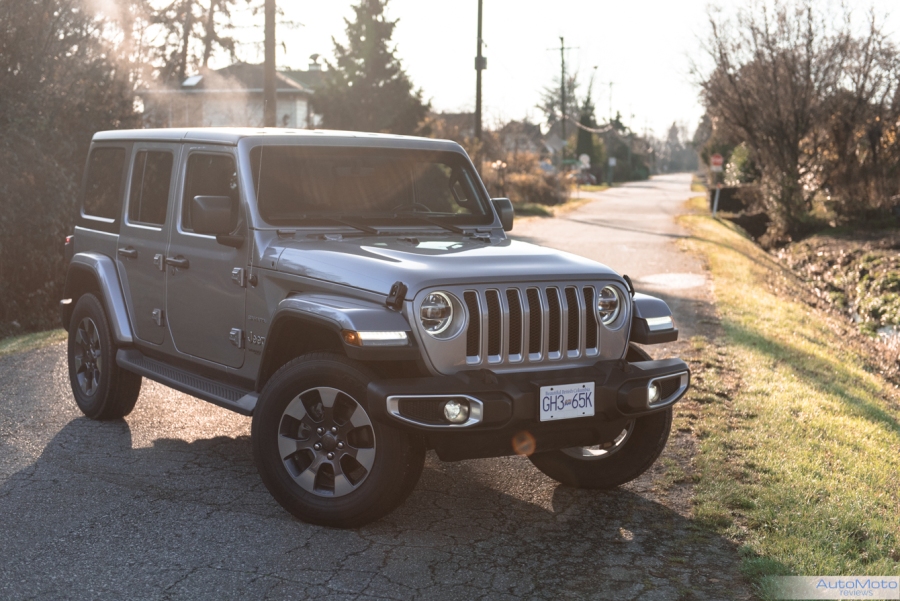 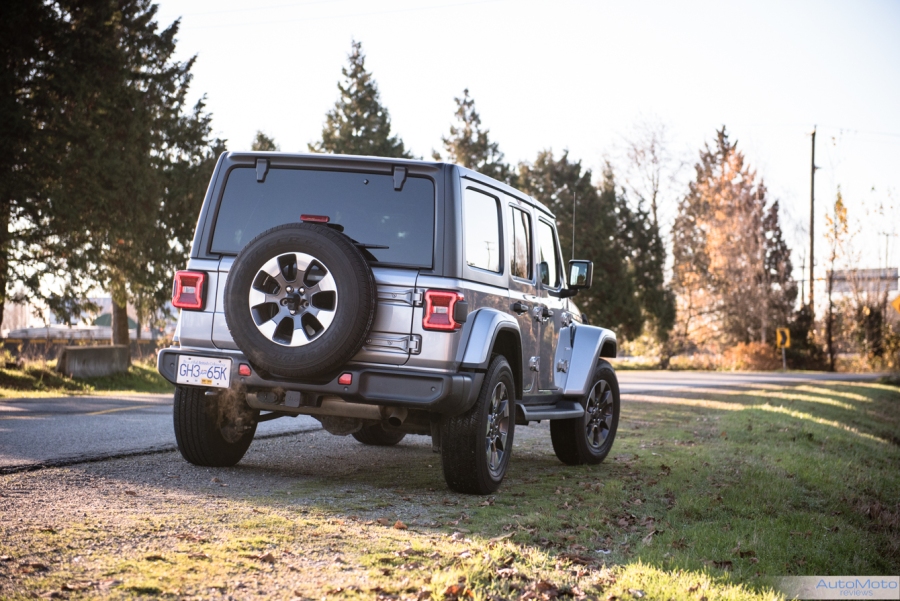