Now before you say that’s not a sports car, I did not give it that title. It’s something that Nissan has given it. There’s actually a small badge in the rear taillight that says “4DSC” but what does that mean? The Maxima has always been a bit of an outcast. Unlike the Altima, the Maxima hasn’t really taken off. It’s a bit too high end and a bit too sporty to compare to other mainstream mid-size sedans, but it’s not big enough to be a full size. The only true competitor would be the new Toyota Avalon, especially now since that the Avalon has gone less towards the comfort and more towards a sporty edge.

Let’s go start with the looks, it looks good. It may be a bit overstyled for some with swoops and curves up and down the sides of the car, but it’s aimed for the buyer that. Up front, there’s the distinctive Nissan corporate grill which is very pronounced as it takes up most of the front end, off to the side of the massive grill is Nissan’s just as distinctive LED daytime running lights sitting nicely in the massive headlights.

Along the side of the Maxima is where Nissan design language can really be seen. The roof is what Nissan calls a floating design. By using black trim on the A, B and C pillar, the roof seems to be floating on top of the car. It’s a cool look that Nissan has worked into a lot of their vehicles. Around back is where I feel the designers have given up, the front and sides are so styled with cuts and curves but out back there’s not much here, it’s just bland. 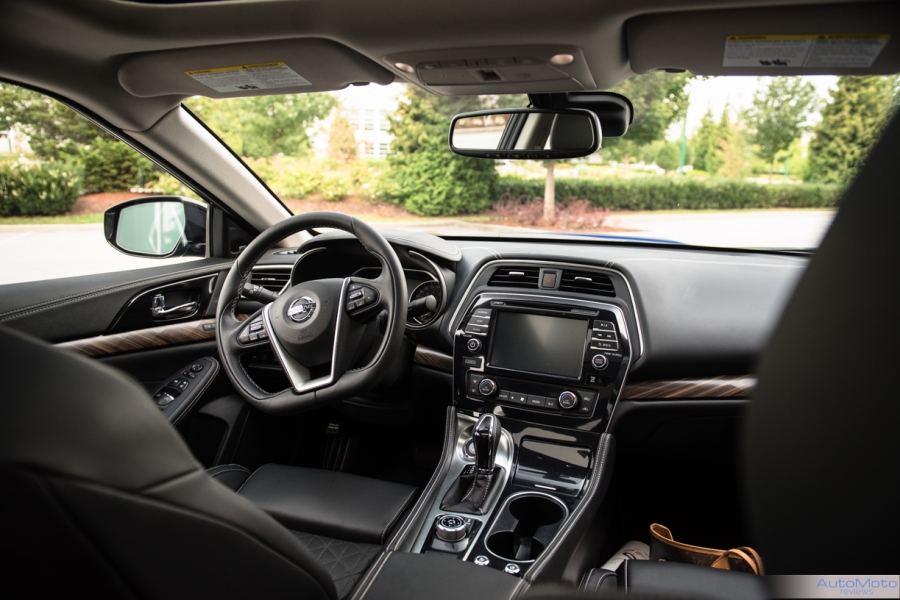 Moving on the inside of the Maxima, this is where Nissan has put a lot of work into, and it’s where it differentiates itself from the lower-end Altima. There’s soft, luxurious leather throughout the cabin makes the Maxima feel upscale than the brand would suggest. What’s a bit odd is the placement of the Start/Stop button located in front of the shifter at an angle it’s not the most natural placement for this and it can take a bit to get adjusted when coming from other vehicles?

Nissan has never really done well when it comes to the infotainment system, it’s always been a bit lacking in features and resolution. What’s nice is with the Maxima the 8″ screen now includes Apple CarPlay and Android Auto. While the new features are a great upgrade, sadly, the resolution of the infotainment system is still low. Most noticeably within the maps where the visuals look to be out of a system of age. Luckily with the smartphone integration, there’s no real need for the dedicated map systems. 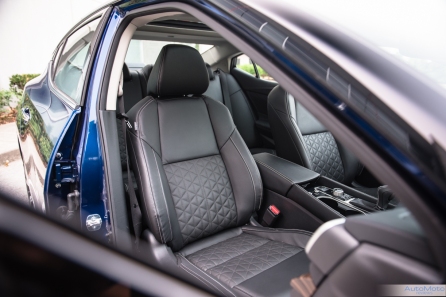 If there’s anything that stands out of the interior its the seats. Named by Nissan as Zero-Gravity chairs, these plush seats are perfect for long journeys as it’s heated, cooled and ultra comfortable. Like many sporty sedans, the extendable thigh support is a nice addition to aid comfort for taller drivers. For the rear seat passengers, there is still a nice bench however it lacks any heated features as well they can be tight for taller passengers. In front of the rear window, there is a sunshade providing a bit more privacy, but unlike many other automakers it doesn’t row down when in reverse and can impair visibility.

Now on to the fun part, how it drives. You wouldn’t expect it but this front-drive sedan is surprisingly good. It tracks surprisingly well for what it is. The eco tires do give it away a bit making the Maxima understeer when pushed a bit harder but under acceleration, it’s able to carve a line that surprisingly for this weight class. Make no doubt the engine is still the good ole Nissan’s VQ series making all the right power and sound. The 3.5L v6 now pushes 300hp and 261lb-ft of torque. With this amount of power, the front end scrambles for grip as the Maxima accelerated to highway speeds. Thereplentyent of passing power and none of that turbo lag found in other vehicles. Mated to the sweet engine is Nissan’s revised CVT transmission. While it still has the normal CVT issues, it does a good enough job putting the power to the ground. 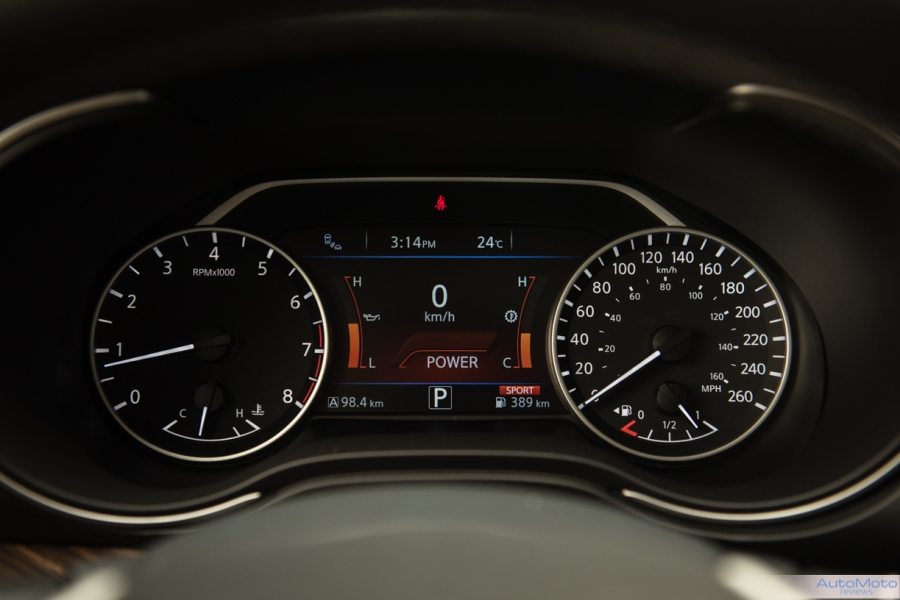 Overall the Maxima is surprising to say the least. It’s no 4 door sports car, but it’s a very comfortable sporty yet luxurious sedan. It may not be class leading and it’s a bit forgotten but it really shouldn’t be.